The various technologies that Protea applies across its gas analyser product range. Protea are always on hand to explain more about the principles of measurements and what can be achieved for your application.

With 20 years experience of FTIR in process and emissions measurements; Protea is a world leader in getting the most from this powerful technology. With complimentary measurement technology and measurement automation, Protea can design and supply the complete solution. This section gives a brief introduction to the various technologies that Protea uses.

Fourier-Transform Infra-Red spectroscopy is a full-spectrum analytical technique that allows all IR absorbing species to be detected and measured by a single instrument. Protea has been at the forefront of FTIR technology in process and emissions measurement and prides itself on making the relatively complex operation of FTIR as simple and useful as possible. The make-up of an FTIR analyser is of a modular design – infra-red source, interferometer, sample compartment, detector and control/processing electronics, including PC. Each component part can be tuned or altered giving difference performance for certain applications; however the overall principal is the same.

The infra-red light from the source is modulated by the interferometer. This device allows for the light to be split into two different paths and recombined, producing an interference wave known as an interferogram. The light is split via an optical device known as a beamsplitter. The use of a monochromatic or single wavelength light source, typically a laser, is used to provide a reference signal in the interferometer. Measurement of the interference pattern of the single wavelength allows the speed of interferometer’s mirror movement and alignment to be controlled precisely.

The light is passed through a sample compartment or other sampling accessory. In transmission/absorption measurements of liquids and gases this is often referred to as the sample cell or gas cell. Sample cells can be of various designs in order to achieve the most suitable pathlength i.e. total length that the IR light passes through the absorbing medium. For long pathlengths (of the order of meters) this usually involves the use of mirror arrangements to bounce the light through the sample medium. As the sample cell contains the extracted sample medium, care has to be taken that the sample cell is constructed of suitable materials and operates at the required temperature and pressure.

An infra-red detector and associated electronics are required to make single-point measurements of the infra-red signal as the interferometer scans. Various flavours of detector are available, some running at room temperature and others requiring cooling. Again, the most suitable detector for the application should be used.

An FTIR analyser does not directly produce a spectrum for analysis; an interferogram is produced. This is time-domain measurement of IR signal and contains the modulated wave of the entire broad band source. To extract the IR spectrum a mathematical manipulation called a Fourier Transform must be applied to the interferogram. The mathematics of this are all handled in software in real-time.

Protea will always take a fresh approach to any new application. We do not take the stance that a certain resolution, pathlength, detector etc. be better than any other. We will use all the tools and knowledge at our disposal to deliver the best measurement system for your application.

For highly selective gas measurements of one or two gases, Tunable Diode Laser Absorption Spectroscopy (TDLAS) has been introduced by Protea into compact and easy to use industrial gas analyser systems.

TDLAS gas sensor measurement is based around the standard components of absorption spectroscopy – a light source, absorbing medium in cell and a detector. The Beer-Lambert Law still applies, where the absorption of light is proportional to the concentration, given the constants of pathlength and absorptivity.

Rather than the full-spectrum measurement of FTIR, TDLAS uses a laser diode source at a wavelength optimised for measurement of a particular gas species. Modern semi-conductor laser diodes operate at room temperature and emit in the NIR (800 – 2500nm) region. In this region, we see absorption of vibrational overtones of molecules. Compared to the fundamental absorptions we see in the Mid-IR, these overtones are weaker absorbing in the gas phase. For this reason, the measurement technology has to offer increased source power and reduce system noise in order to maximise S/N. This is carried out via the latest in electronic control of the laser and also the detector. TDLAS is ideal for gases such as H2O, CO, O2, CO2, NO, HCl, HF and NH3 which give narrow, distinct and strong absorption peaks that can be measured. For complex mixes of organics, for some gases such as SO2 and for multi-gas measurements, full spectrum Mid-IR such as FTIR is still required.

The laser diode can be tuned over a small (e.g. 10nm) wavelength range by varying its temperature. This tuning allows for the signal to be measured with a very fine resolution and the narrow absorption peaks of the gases required can be identified.

For some tuning ranges, a number of gases can be measured. This commonly involves one gas & water, as water absorption peaks are plentiful. However, given the fine resolution of this method, the interference of water is very low compared to other absorption techniques. We can select absorption peaks free from water interference and use these for measurement. Measurement time is very quick with TDLAS; as low as 1sec can give measurement accuracy required for many process applications.

Increased integration time improves noise and so repeatability, and this is used when measuring for compliance or regulatory monitoring requirements with measurement times of 30-60secs.

TDLAS requires no complex set-up in software or hardware. No regular zero or background measurement is required to make a measurement, so reducing the need for consumable gases. Likewise, the response is inherently linear and repeatable and so regular span corrections of the measurement are not required. Having said that, in applications zero and span gas checks are still commonly required as part of the quality control of running an industrial gas analyser. As a system is built around an optimum laser diode for any given gas, no chemometric modelling or cross-interference compensation is required.

Given the lack of moving parts and compact design, laser absorption systems can be deployed in-situ or on-stack or in extractive analysis systems. In-situ systems are specifically design for mounting in one location, i.e. continuous measurements. Using the pipe, duct or stack as the sample cell, they are confined in their measurement capabilities by what is available on-plant. In some systems, the laser source and detector are coupled to the plant measurement point by expensive fibre optic cable.

Extractive laser systems have more flexibility – they are portable, can be used to measure multiple points for survey measurements and can be located in easily accessible locations in fixed applications. By employing multi-pass gas cells into the portable TDLAS design, analysers can be designed that measure ppb levels of gases. Given the high power and low noise of TDLAS, commonly single pass or single bounce gas cells with pathlengths of 10-50cm are all that are required to give detection limits of 0.1ppm.

Mass Spectrometry is a useful mechanism for gas analysis in process applications, being able to detect and measure almost all gases with low detection limits and fast response. A mass spectrometer measures the mass-to-charge ratio of the molecules in a sample and by collecting and analysing the mass spectrum we can identity and quantify which molecules are present.

The Quadrupole Mass Spectrometer (QMS) which Protea supplies contains a mass filter that is made up of 4 parallel circular rods, hence the name quadrupole. It is an instrument suitable for portable or fixed installations ideally suited to semiconductor production processes, ambient air measurements, leak testing and quality testing for the food industry.

The mass spectrometer is made up of a sample preparation and inlet system, ion source, mass filter and detector. The signal from the detector is processed by on-board electronics and a PC.

The inlet is usually a narrow capillary tube through which the analyser draws a sample at 2ml/s. The inlet capillary can be of length 1m to 10m and can be heated. For measurement of gases in the presence of liquid, a sample inlet with a membrane barrier can be supplied. This prevents liquids passing through to the analyser, while allowing gas phase molecules to pass through.


The main components of the QMS are operated under vacuum. The gas passing into the vacuum chamber is ionised by the ion source and then enters the mass filter, in this case the quadrupole. The mass filter is controlled by varying the ratio of voltages on the poles that the ions are passing through. Controlling the instrument, we can either choose a particular mass ratio to detect or we can scan a range of ratio values. The detector can either be a Faraday cup or a Secondary Electron Multiplier, whose response is processed and logged by the PC.

Protea can offer QMS analysers to operate over mass ranges of 100amu, 200amu or 300amu. As with all Protea systems, the analytical solution will be tailored to suit the application needs.

For measurement of oxygen (O2), the zirconia (ZrO2) lambda sensor is used by Protea. This sensor responds to the difference in oxygen concentration on the sample gas side of the sensor, compared to the reference side (ambient air). This response manifests itself as a non-linear induced voltage. This voltage is linearised and calibrated via electronics to give a concentration reading in %Volume.

The zirconia sensor is ideally suited as a complimentary analyser to the multi-gas measurements of infra-red systems where oxygen content is required for compliance and reporting purposes. 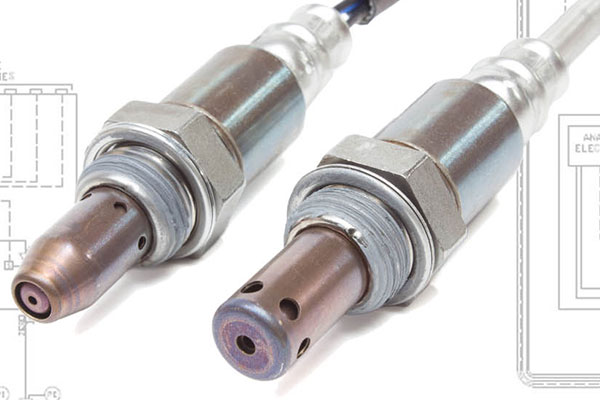